Characterization and analysis of groundwater recharge through tritium measurements 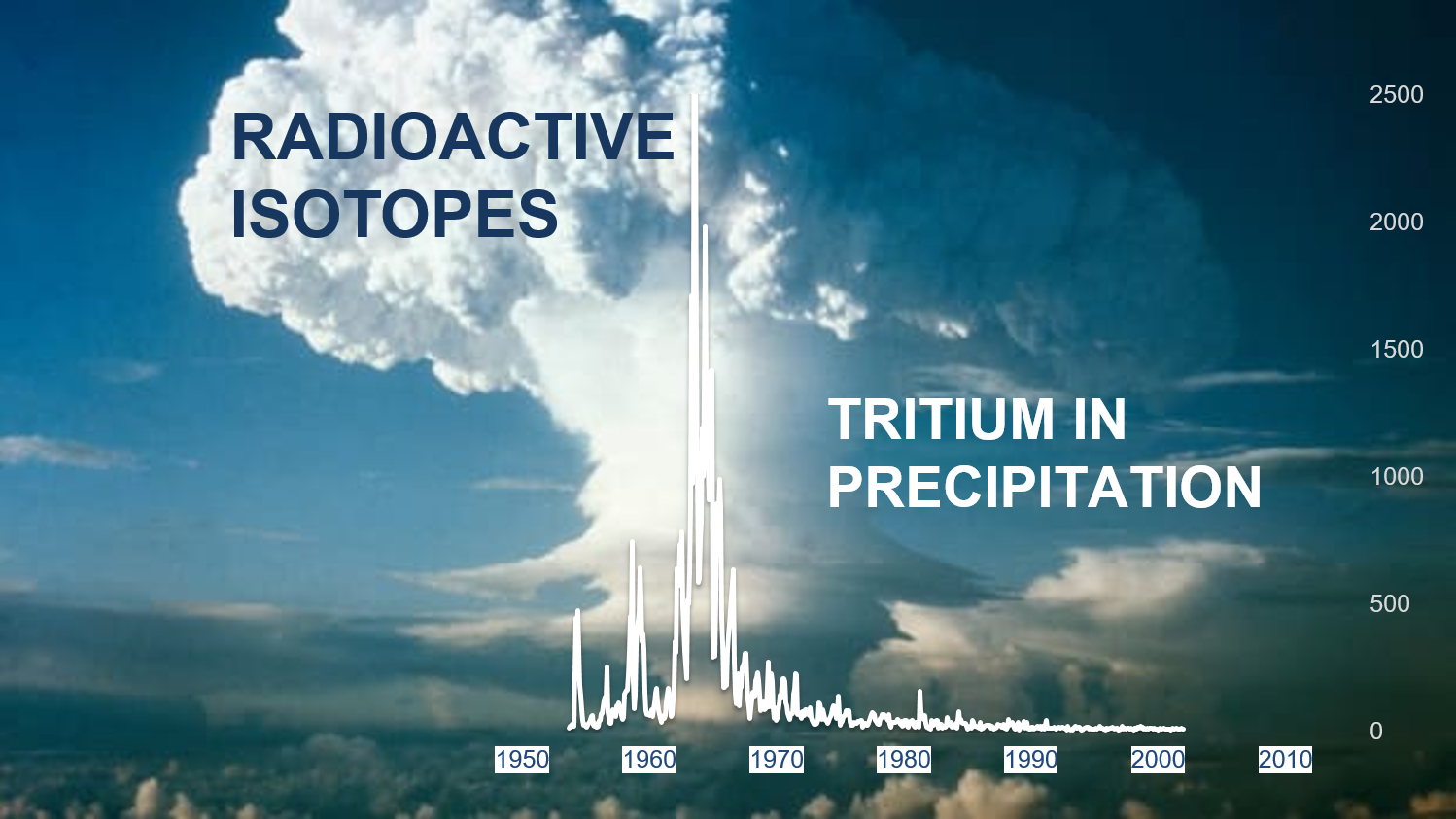 Tritium is an unstable isotope of hydrogen element which by emission of ß-particles decays into a helium atom. The corresponding half-life is approximately 12.3 years. It is an element mainly of cosmogenic origin but also anthropogenic ones: from 1952 to 1963, tritium was released in large quantities following atmospheric thermonuclear tests which introduced non-cosmogenic tritium into the atmosphere. These events changed the geochemical footprint of rainfall with significant increases that stopped after 1963, when an international agreement (CTBT) banned all nuclear tests. Thanks to this, in the last 25 years the equilibrium conditions that control the natural values of tritium have been observed.

The short periods of residence in the atmosphere and the short period of decay mean that the concentrations of tritium in the rains are low and almost constant, as there is a balance between the speed of formation, the removal by the rains and the total quantity of natural tritium in the environment which is ∼ 70 × 106 Ci (US Energy Department 2002). This means that in groundwater with a long residence time in the subsoil, infiltrated before 1950, the concentration of tritium is below the analytical detection limit.

In the subsoil the decay of tritium produces its continuous loss which, in the absence of recharge of rainwater and therefore without the compensation of new atmospheric inputs, causes a decrease.

In the case of recharge with rainwater rich in tritium, the concentration reflects the balance between the loss due to decay and the supply of rainwater enriched with tritium. Based on the abundance of tritium, in the absence of sources of anthropogenic contamination (e.g. landfills) it is possible to establish the average age of groundwater under the age of 50.

The analysis of these phenomena requires a good capacity of tritium analyses in water in concentrations below the limits of concentration of tritium in the waters established by the August 2, 2017 Decree and this is possible only through a tritium enrichment procedure and analysis with low-level liquid scintillation spectrometers. ENEA's Environmental Traceability and Radiometry Laboratory (FSN-SICNUC-TNMT) is at the forefront of the analysis of radioisotopes in the environment, including low-concentration of tritium analyzes. The study of the tritium concentration in groundwater is therefore a very useful tool for the determination of any recent exchanges with surface water or the presence of recent anthropogenic contributions.